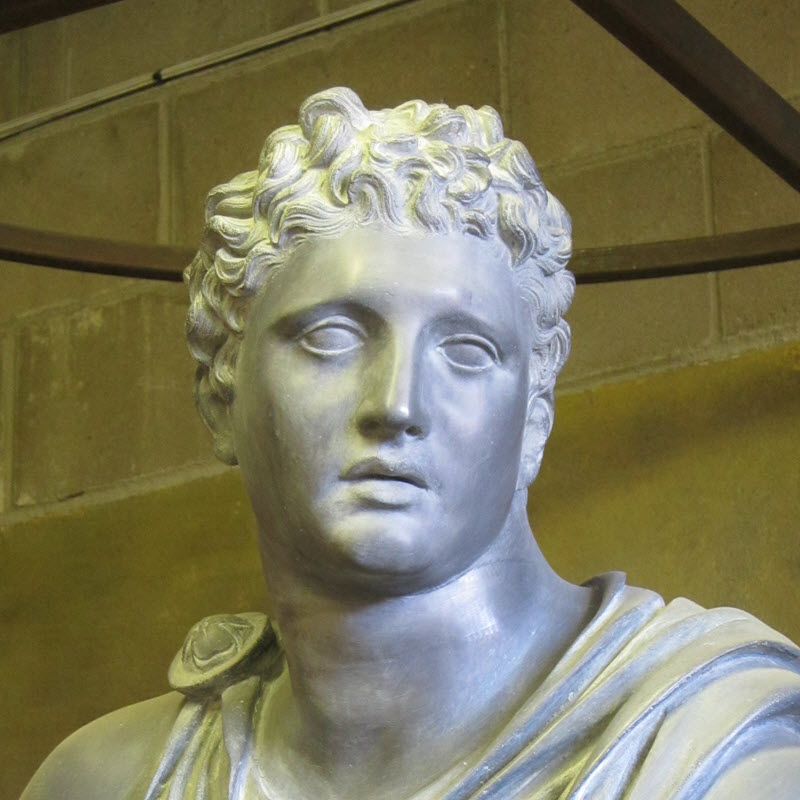 Directly copied from an eighteenth century lead statue, its true origins – like so many statues of that period – lie deep in antiquity.The Roman, marble, statue of Meleager (from which the lead one derives) was discovered in the sixteenth century in Rome. By 1770 it had been acquired by the Pope and it became famous throughout Europe, its beauty being greatly admired. Louis XIV commissioned a marble copy and there are a small number of lead copies in this country. 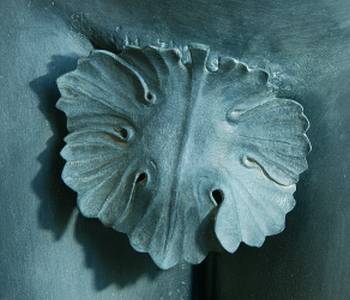 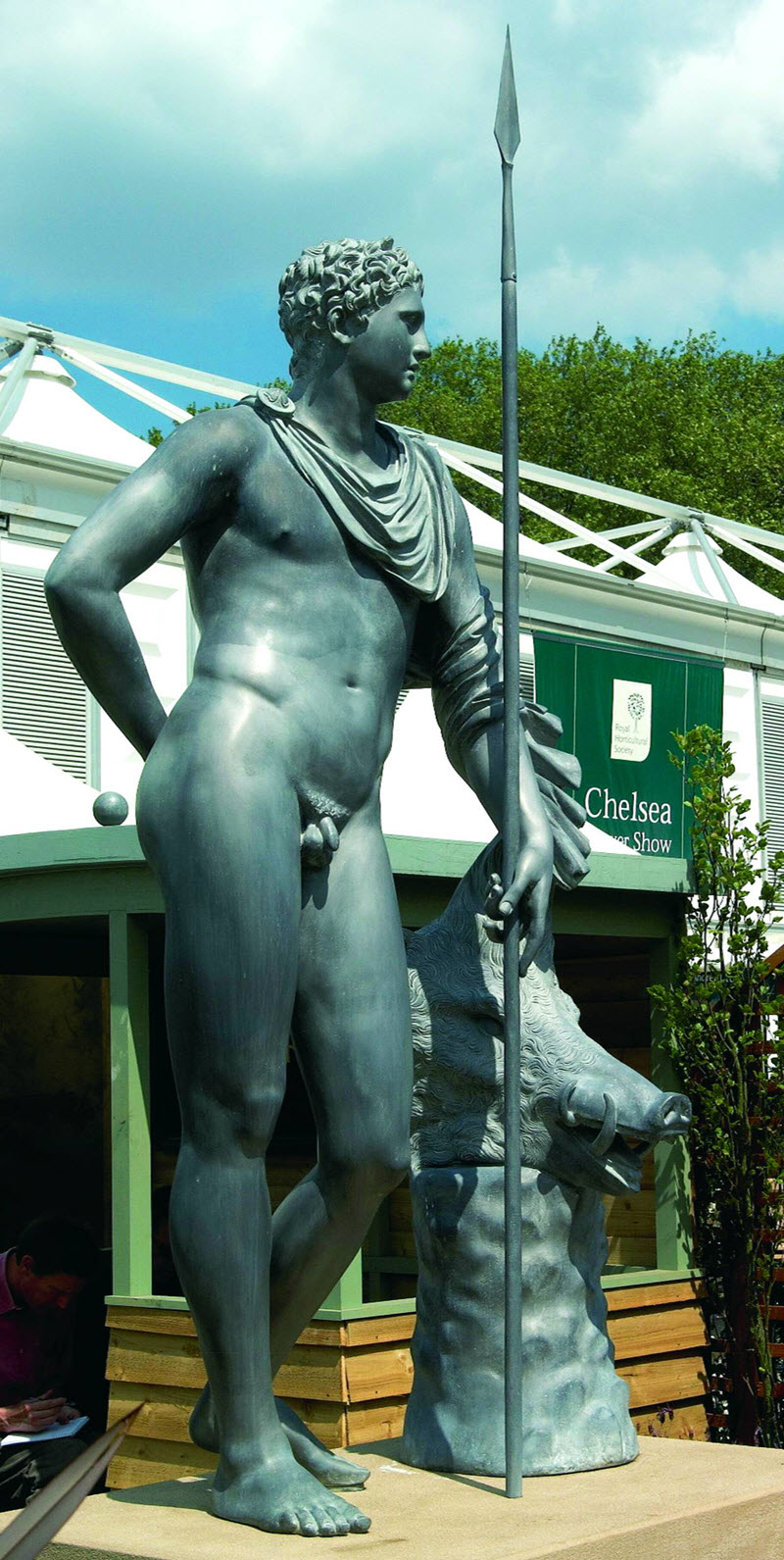