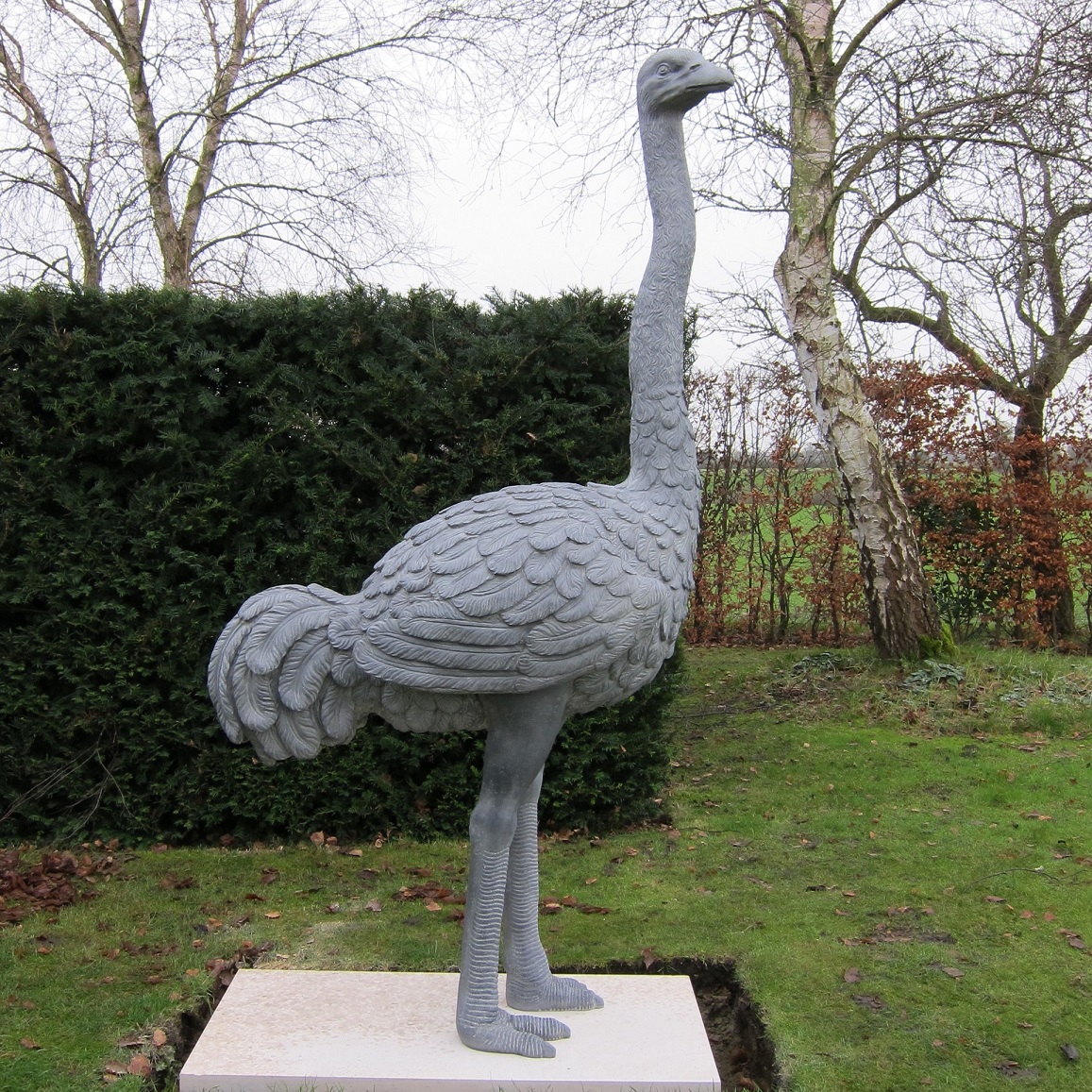 These wonderfully eccentric birds have been copied from a pair made for Captain Gough, a director of the East India Company, who bought them from John van Nost in 1724 for £20 plus 14 shillings delivery. Originally the ostriches were placed on the parapet of Gough Park, Enfield. Later they moved to Myddelton House, nearby, now the headquarters of the Lee Valley Regional Park Authority, where they can still be seen ajoining the tea room. Weaver, in his English Leadwork, wrote: “I am told that these fine birds are not correctly modelled, as they should not have 'flight feathers.' Captain Gough must have had them made from sketches which his sea-fearing acquaintances or he himself had secured, and either draughtsman or sculptor went wrong over the feathers. The skin of the legs is, however, well shown, and altogether they are notable work“. 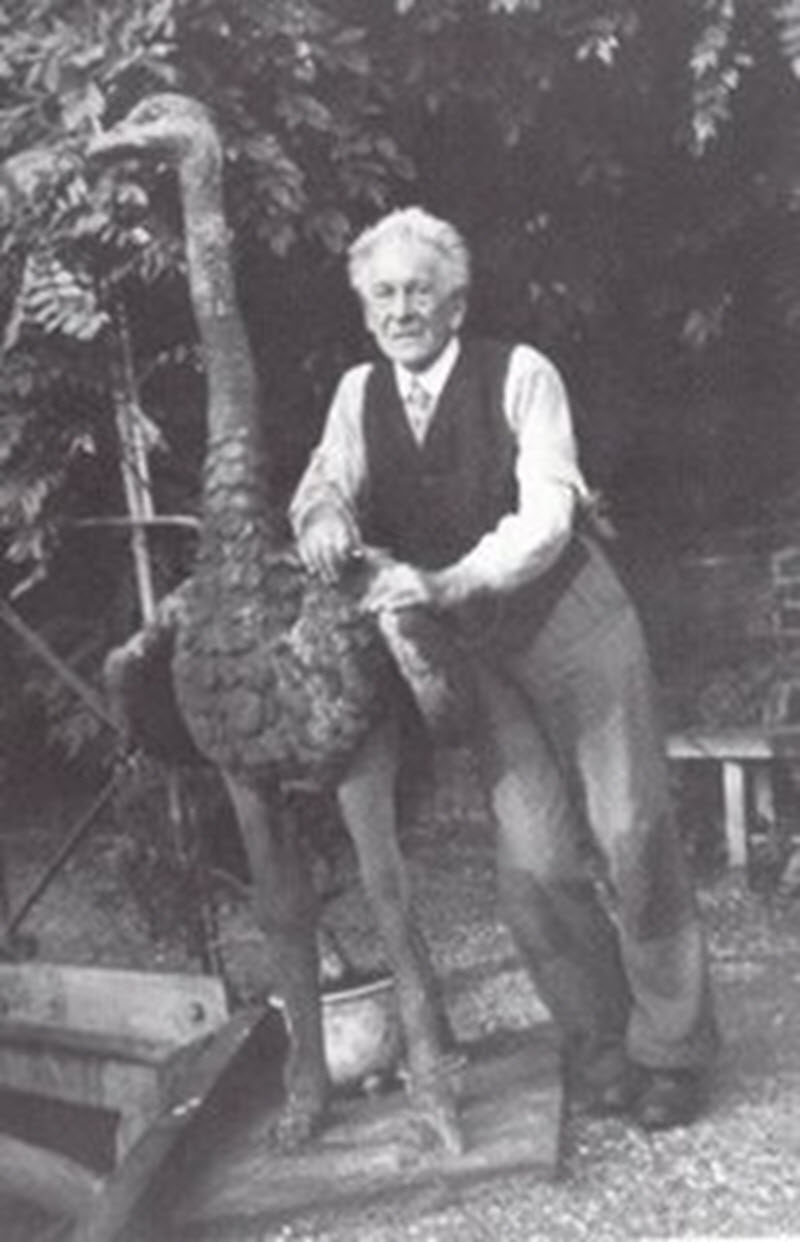 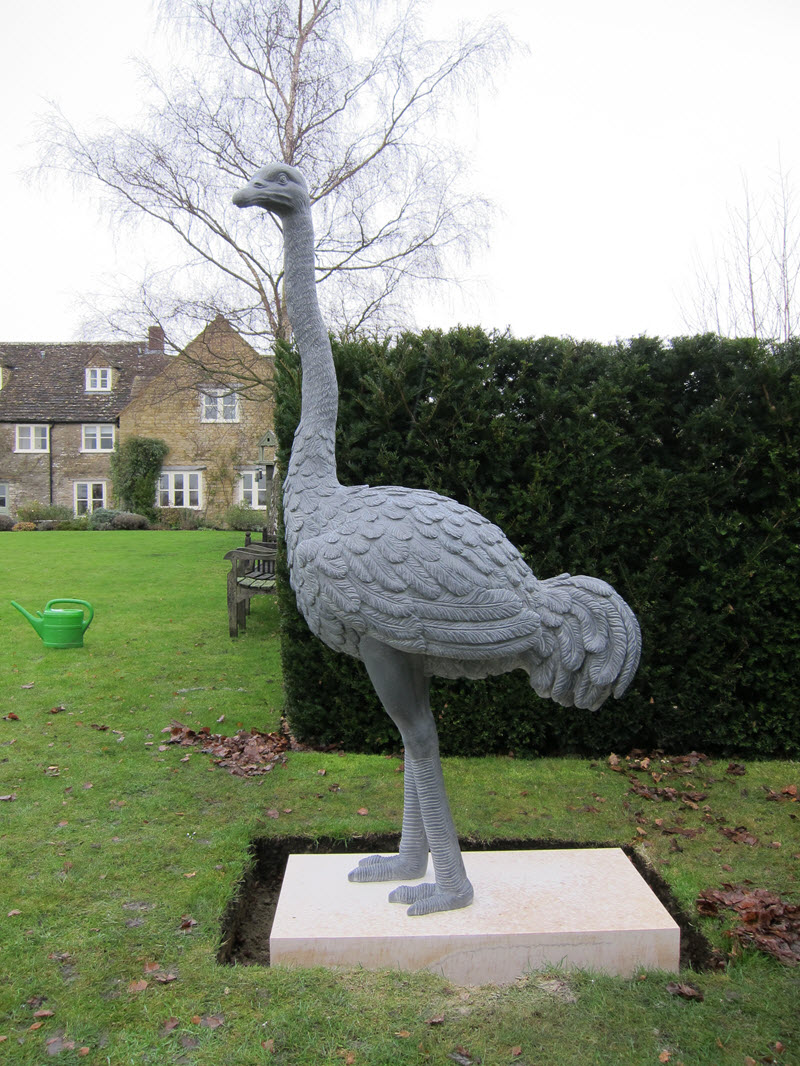 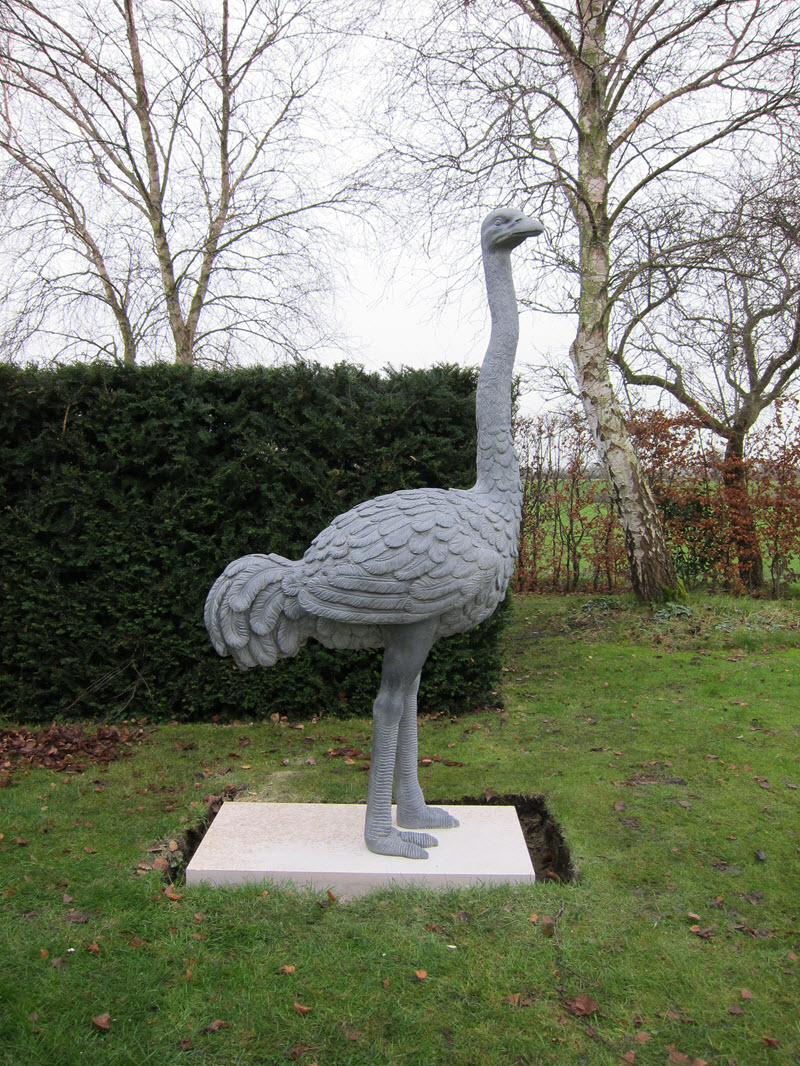 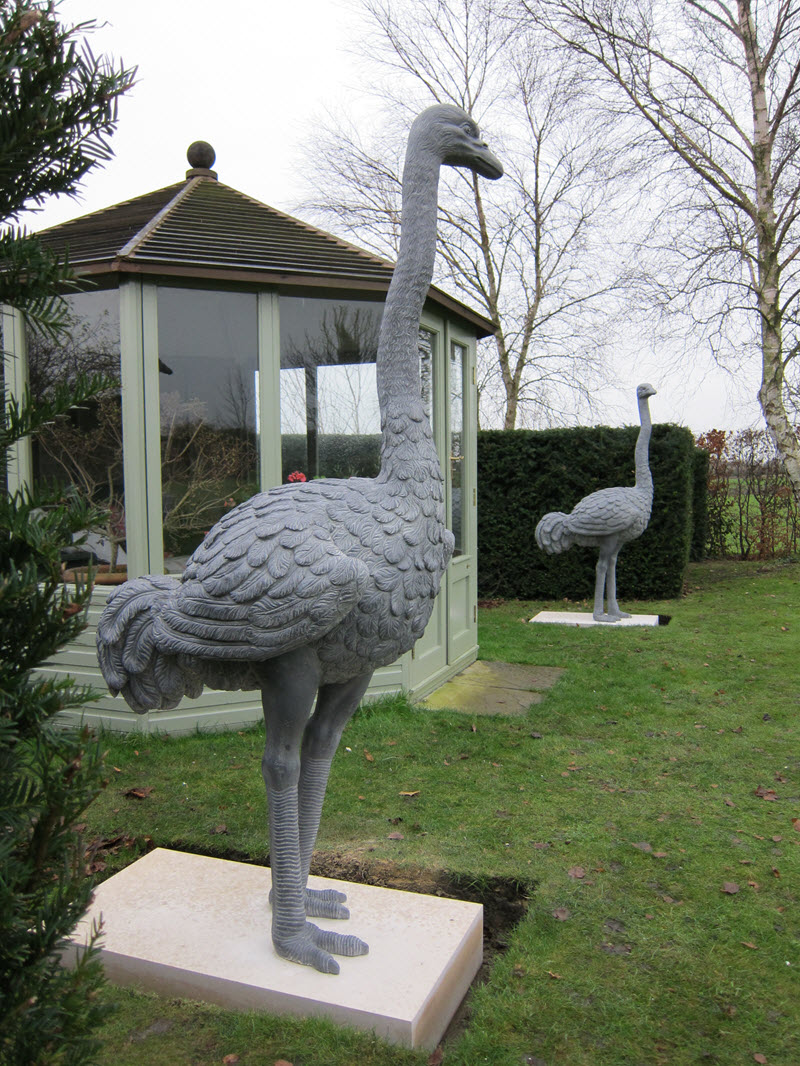