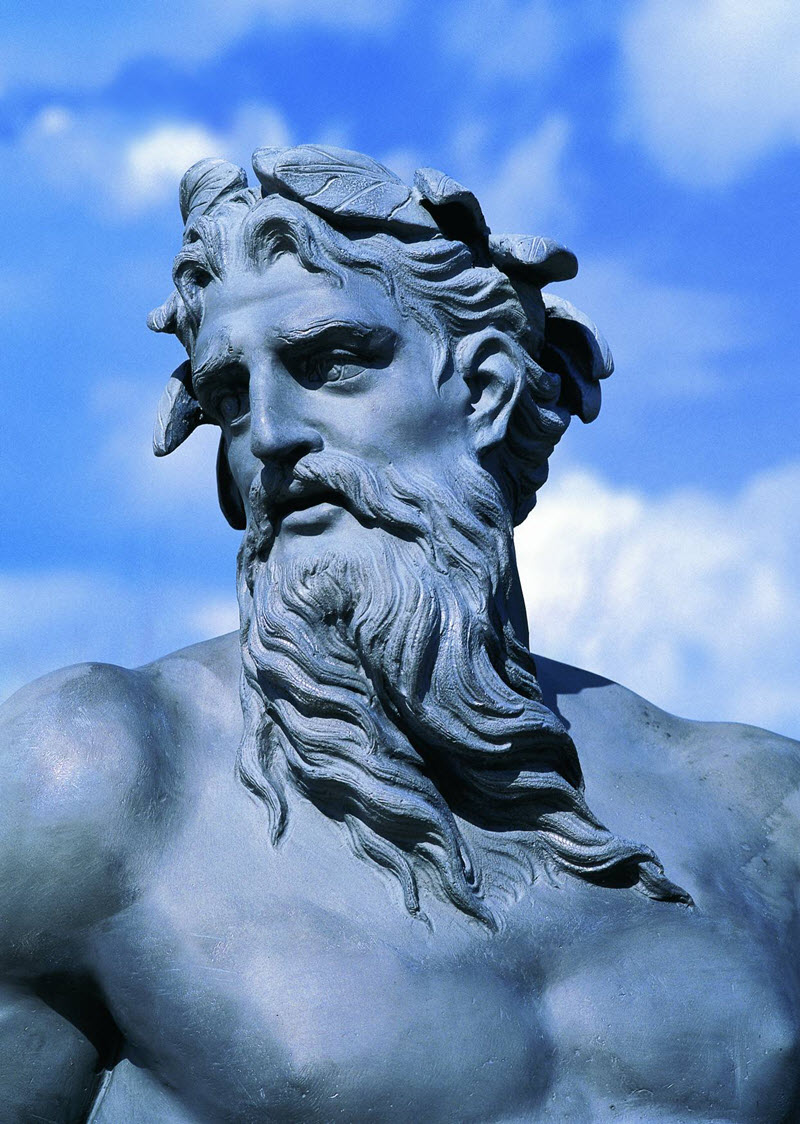 This is a copy of the eighteenth century lead original from Parham Park in Sussex. The figure was brought to Parham by Robert Curzon from Hagley Hall in Staffordshire in the second half of the nineteenth century. Although not certain, it may come from the workshop of John Cheere though its roots lie firmly in the work of Michael Rysbrack and the marble relief he made for East India House in the 1720s and now in the Council Chamber of the Foreign Office in Whitehall. But whether this figure should be attributed to Cheere or Rysbrack, it is a wonderful example of eighteenth century style. The gadrooned jar, on which the God leans, can be founted to enable water to gush forth. 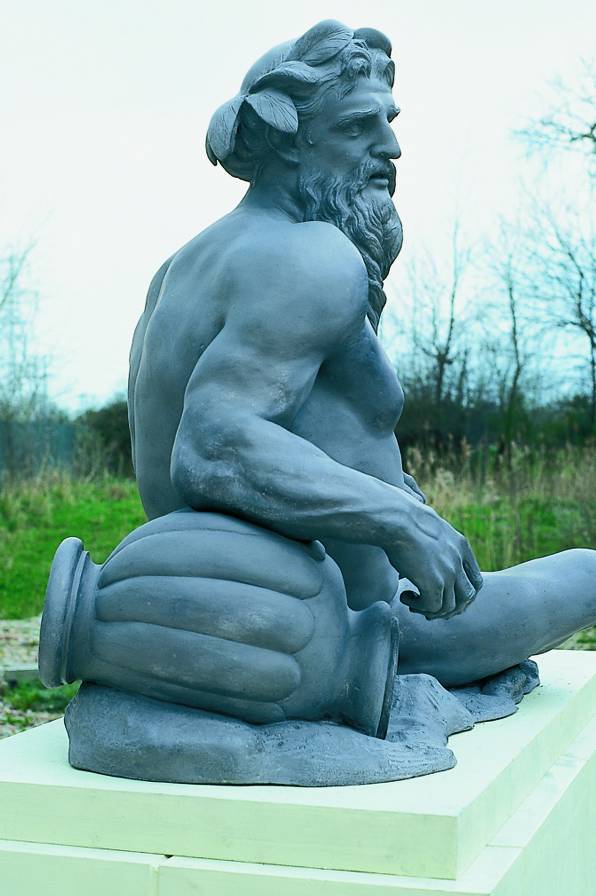 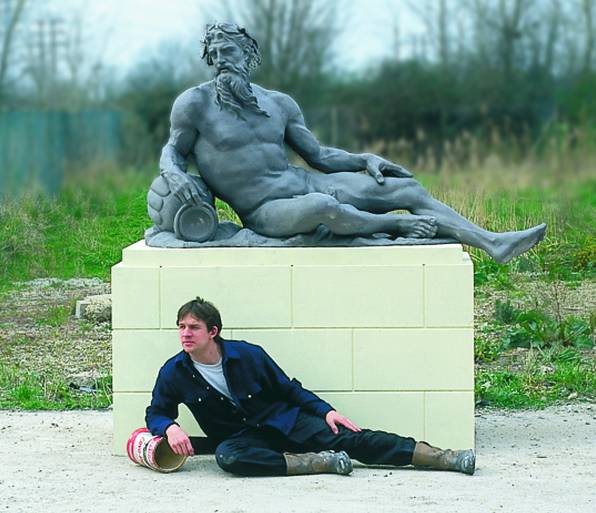 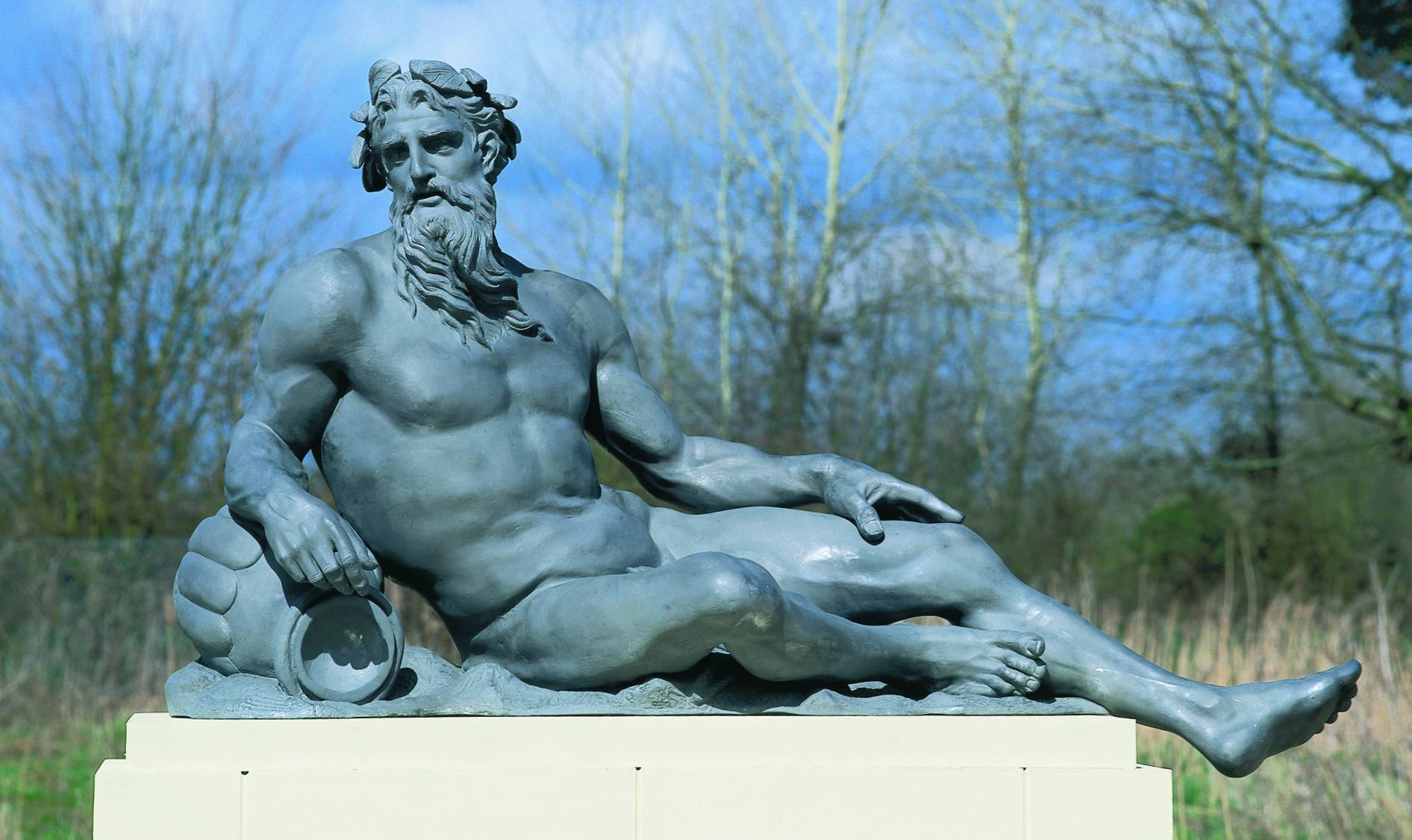