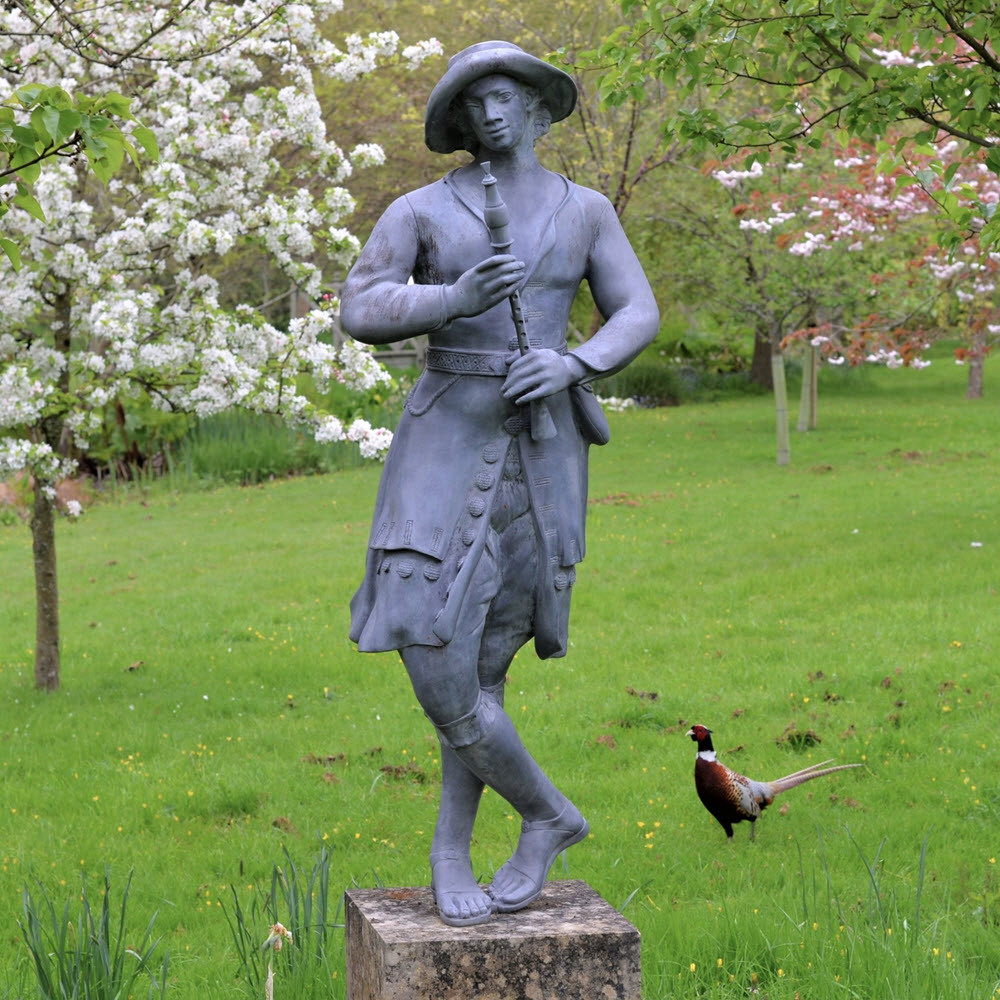 In the early eighteenth century fashionable society became fascinated with the idea of Arcadia, a lost, innocent, rural paradise. This is reflected in the art of the period, and masked balls with Arcadian themes were popular. “There is not a girl in town but let her have her will in going to a masque and she shall dress as a shepherdess“ (The Spectator, 1711). All of the great leadmakers of the time produced Arcadian figures of which various versions of the shepherd and shepherdess were the most popular. The two here are copies from Nun Monkton. 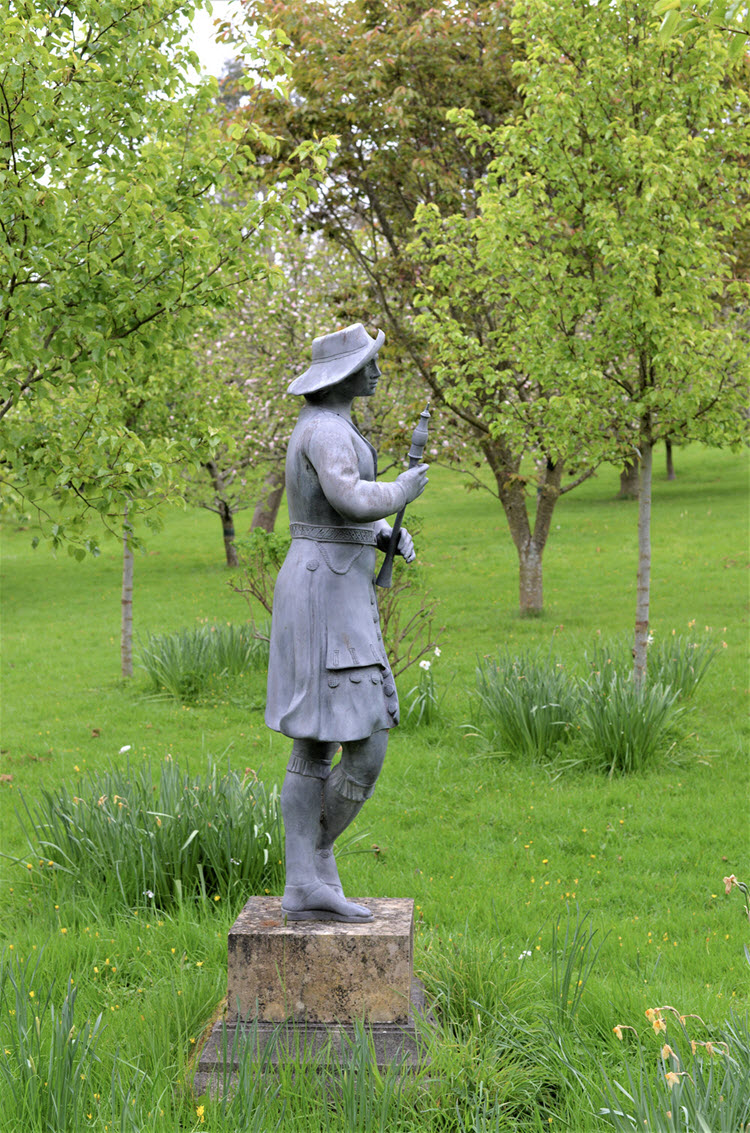 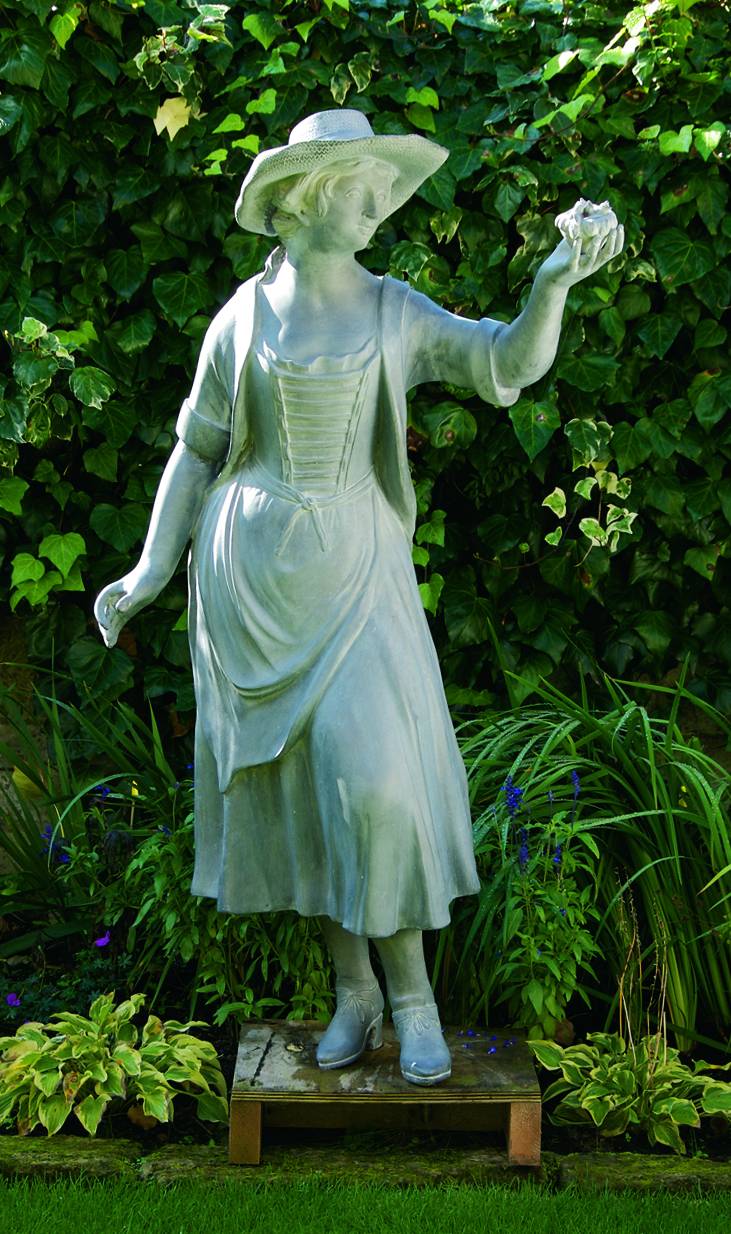